Warm and dry conditions meant that the P Zero DHD2 slick tyres were used throughout the weekend across a capacity grid of 28 GT3 cars. But with the opening race taking place just before sunset on Saturday with cooler track temperatures, crews faced a range of different conditions: Not a problem for the DHD2 tyre and its wide working range. Designed for GT championships around the world, the same tyres will be used this week at Spa-Francorchamps in Belgium in the official test ahead of the famous 24-hour race.

Charles Weerts claimed pole position for race one in the #2 WRT Audi R8 and led initially before Andrea Caldarelli overtook him in the #563 FFF Racing Lamborghini Huracan, which started third on the grid. In a battle of Italian drivers, Marco Mapelli held off the #88 AKKA-ASP Mercdes-AMG GT3 of Raffaele Marciello to claim the first win in Europe for FFF Racing, which has previously enjoyed success in the Blancpain GT Series Asia – which uses the very same tyres.

Marciello led from pole in race two until the mid-race pit-stops, when a radio issue meant his team was not prepared for him to pit, causing a lengthy delay. That gave the lead to the #2 Audi driven by Dries Vanthoor and Weerts, who saw off the threat of Caldarelli during the second half of the race to score his maiden victory, becoming the youngest overall race winner in Blancpain GT Series history.

18  – The age of Charles Weerts, now the youngest ever winner in the Blancpain GT Series. The previous record-holder was his team-mate Dries Vanthoor, who was 19 when he took his first win at the Hungaroring in 2017.

Matteo Braga, Pirelli racing technical manager: “We saw a great battle for victory in the races at Misano between different manufacturers, with Lamborghini, Audi and Mercedes-AMG all involved on both occasions. With drama in the pits and on track, it really demonstrated the strength of the sprint format used in the Blancpain GT World Challenge Europe. Track temperatures peaked above 50 degrees centigrade, and were much lower than that in the evening sessions, but our tyres worked well in these extreme conditions, not only in GT3 but also in GT4 and the Lamborghini Super Trofeo. The P Zero DHD2 demonstrated outstanding stability considering the race format, the demanding circuit layout and the ambient conditions.”

The next Blancpain GT event is at Zandvoort on July 13-14: the third round of this year’s Blancpain GT World Challenge Europe.

Pirelli has changed the Formula One’s tyres for 2019 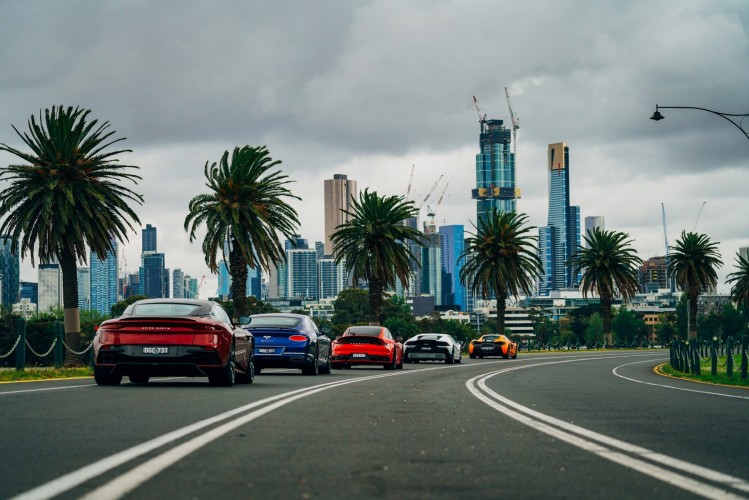